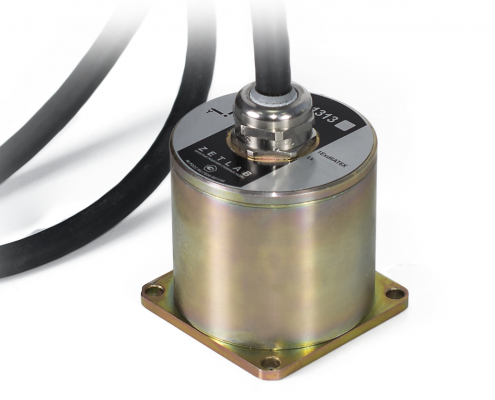 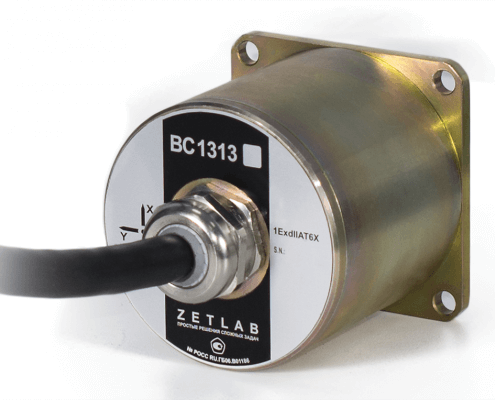 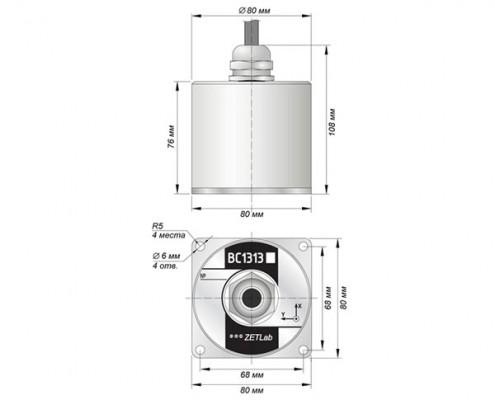 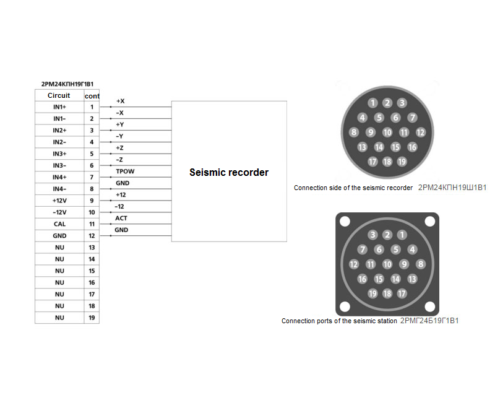 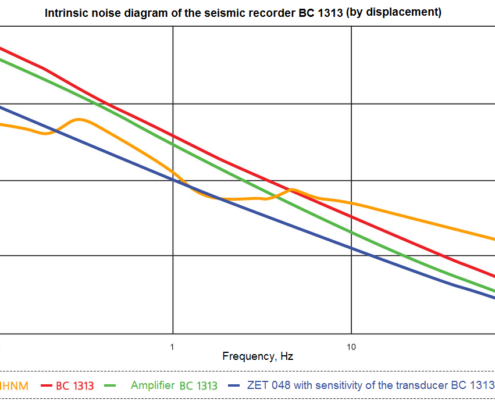 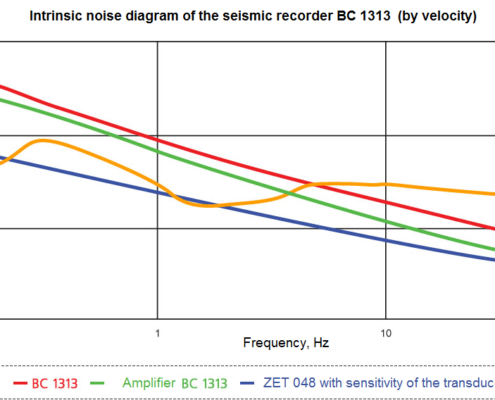 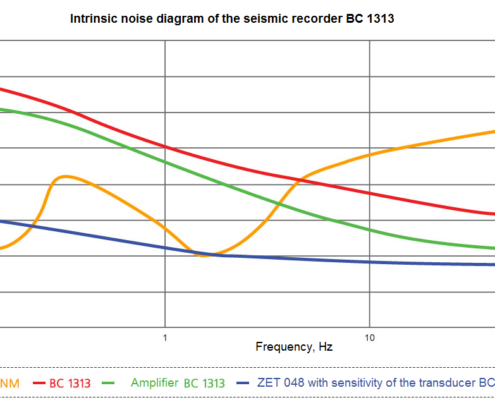 *cable length shall be determined upon order placement

BC 1313 piezoelectric seismographs are intended to convert vibration parameters to a proportional electrical signal. Measurements are carried out for 3 mutually perpendicular axes X, Y, and Z at a time.

BC 1313 seismographs are seismic accelerometers, the parameter measured – vibration acceleration. For BC 1313 seismic transducers, the system is provided for sensing element electrical stimulation using an actuator to determine conversion ratio true value during periodic recalibration without dismantling. Power check system is also allowed for in BC 1313 seismographs. 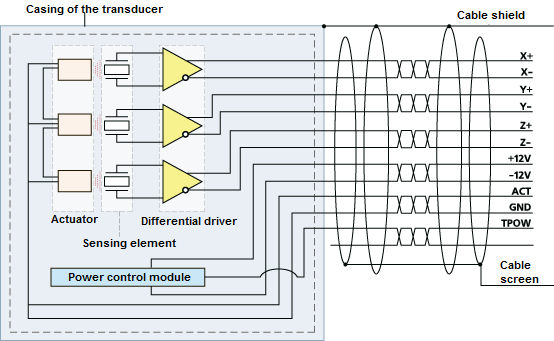 of Triaxial seismograph BC 1313

Standard version of seismographs is supplied with fan-out cable. 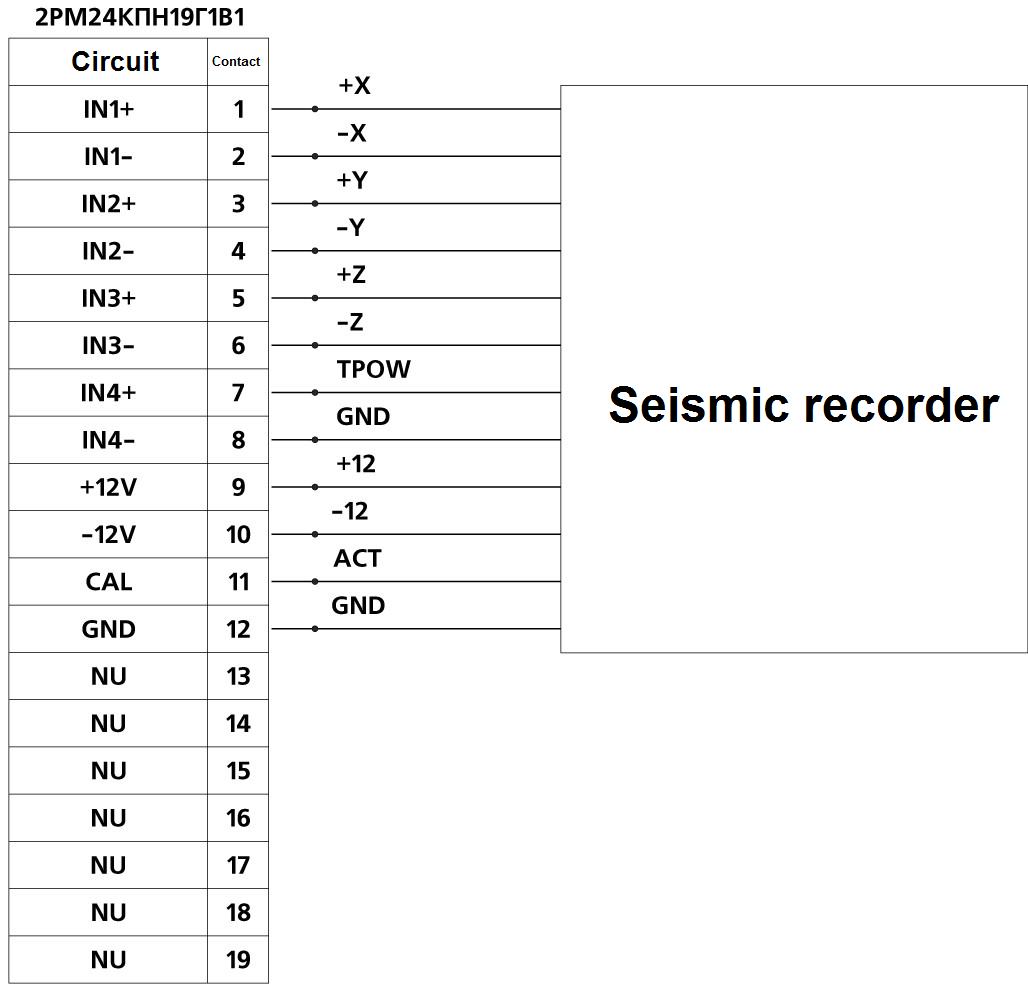 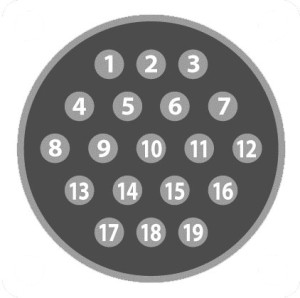 ZET 048 seismic station and triaxial seismograph BC 1313 form the system of seismic signal parameters measurements, which is applied in various fields. Depending on the task, various seismograph modifications (for acceleration, velocity or displacement) or seismic station version options (industrial or expedition) are used, number of system channels is also changeable, but general technique of measurement is based on seismographs converting vibrations (which can be of various origin) into electrical signals, seismic station recording and digitizing the signals, and ZETLAB SEISMO software or SCADA ZETVIEW applications analyzing the obtained data. This section reviews typical solutions based on seismic systems. A detailed description of tasks, hardware versions and applied methods of analysis can be found in relevant sections.

One of the most actual triaxial seismograph properties — sensitivity to low-level vibration at low frequencies — makes them irreplaceable in seismic monitoring systems, which are used in seismic areas and for pipeline industry protection. Seismograph signals are processed by seismic stations, which not only alarm the earthquake when registered seismic activity of 6/8 (5/7) magnitude as per MSK-64, but also produce “dry contact” signals, those can be used for pipeline automatic shutoff in seismic hazard.

Another way to protect oil and gas utilities, where seismograph is used as sensing element, is leakage search and monitoring. A system to search, monitor and localize leaks of liquid and gaseous products from pipelines and to reveal the external mechanical impact on those using seismographs, complies with RD 03-299 (detailed design).

Systems for diagnostics and monitoring structures, buildings and facilities serviceability status, based on seismographs and seismic stations, ensure measuring such parameters as natural oscillations pitch period and logarithmic decrement of natural oscillations pitch period along the building main axes (for this purpose triaxial seismographs are used), and other data. Timely detection of building parameter deviations from standards allows detecting and eliminating the cause of impairment, and preventing collapse and accident. Also, infrastructure health can be inspected using seismic systems. Issues of existing structures health monitoring are particularly pointed since the modern bridges suffer from loads that manifold exceed the design load calculated decades ago. Application of triaxial seismographs allows detecting the aging effect, incipient fractures and other defects of structural elements.

Please note that the personal data provided by you is used exclusively for the purposes of fulfilling our contractual obligations, including, but not limited to: issuing invoices, delivery documents, documentation relating to customs clearance process, etc. We do not provide your personal data to any third party except for the purposes relating to our direct contractual obligations. Upon completion of order processing and expiry of the warranty period for the Products provided by our Company, we do not store or process any of your personal data. Please note, that our Company’s Confidential policy does not imply any advertising or marketing activities with the use of your personal data (including your Company name, address, your E-mail, phone number and other information provided by you with a view to placing an Order and organization of the Delivery).